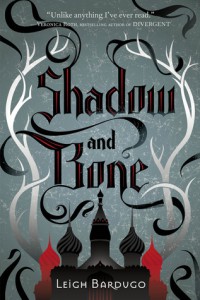 Surrounded by enemies, the once-great nation of Ravka has been torn in two by the Shadow Fold, a swath of near impenetrable darkness crawling with monsters who feast on human flesh. Now its fate may rest on the shoulders of one lonely refugee.

Alina Starkov has never been good at anything. But when her regiment is attacked on the Fold and her best friend is brutally injured, Alina reveals a dormant power that saves his life—a power that could be the key to setting her war-ravaged country free. Wrenched from everything she knows, Alina is whisked away to the royal court to be trained as a member of the Grisha, the magical elite led by the mysterious Darkling.

Yet nothing in this lavish world is what it seems. With darkness looming and an entire kingdom depending on her untamed power, Alina will have to confront the secrets of the Grisha . . . and the secrets of her heart.

Shadow and Bone is the first installment in Leigh Bardugo’s Grisha Trilogy.

This book had everything I love so much in a story:

A fantastic world, people with powers, warring countries, a fish-out-of-the-water heroine with the weight of the world suddenly upon her, an unrequited childhood crush, scary dragon-like monsters, sweet friendships, a blurred line between wrong and right, edge-of-your-seat action scenes, empowerment, training scenes, plenty of ships to ship and unexpected plot twists.

And even with all these familiar elements, it was still a completely fresh take on all of it. It takes all these elements and still does something new and completely unique with them. In fact, take all this and add The Darkling and there is just no denying it… This book is epic! I loved every minute, every page, every word.

“The problem with wanting,” he whispered, his mouth trailing along my jaw until it hovered over my lips, “is that it makes us weak.”

“This was his soul made flesh, the truth of him laid bare in the blazing sun, shorn of mystery and shadow. This was the truth behind the handsome face and the miraculous powers, the truth that was the dead and empty space between the stars, a wasteland peopled by frightened monsters.”

“Why can a Grisha possess but one amplifier? I will answer this question instead: What is infinite? The universe and the greed of men.”

“Fine,” he said with a weary shrug. “Make me your villain.” 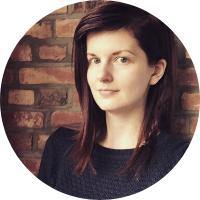